An ancient dessert served at weddings in many areas of Estonia; made from milk, eggs, beer and sugar.

Maybe it sounds strange, but believe me. It tastes wonderful. Very light and sweet and unusual dessert for summertime.

END_OF_DOCUMENT_TOKEN_TO_BE_REPLACED

And add more colour by adding more carrots or turnip or celery.

Serve with a side dish with meat or fish. Or as vegetable porridge.
Serve with sour cream or butter. And drink some sour milk, as Estonians usually do 🙂

Did you know?
Lactobacillus fermentum ME-3, the bacteria discovered in 1995 by the University of Tartu research teams, led by professors Marika Mikelsaar and Mihkel Zilmer, are unique in the world because of their combination of antimicrobial and antioxidative effects. They protect human health by attacking harmful microbes and contributing to physical well-being. The ME-3 can rightfully be called the first Estonian probiotic lactic acid bacteria and the EU patent permits it to be used in the food industry in 15 European countries. END_OF_DOCUMENT_TOKEN_TO_BE_REPLACED

Historically kama was a non-perishable, easy-to-carry food that could be quickly fashioned into a stomach-filling snack by rolling it into butter or lard; it didn’t require baking, as it was already roasted. Today Kama is a perfect summer dish. Just add some fresh or fermented milk and sugar or salt, mix, and ready! How to do kama, find out it here.
And what is interesting. In Estonian Kama means in slang “stuff, things” and the same time Kama means ” drugs”…:)

This cake is So Estonian:) Bitter-sweet taste of Kama is complemented with sweet and sour cowberries.
I have been studying many dictionaries to find out which is the right translation: cowberries or lingonberry. And still, I do not know the right answer.
These berries grow in a pine forest, They want and like the sunny and dry place. Usually, there are some wild blueberries and Lactarius Rufus are in neighbours.
anyway, no difference what name these berries has. Important is that cowberries are delicious, healthy and suits practically in every savoury dish and in sweet cakes.

END_OF_DOCUMENT_TOKEN_TO_BE_REPLACED 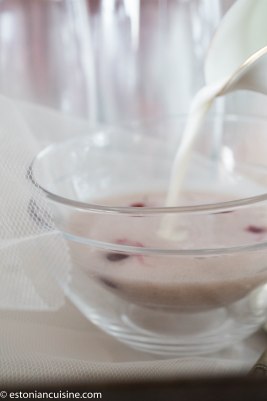 One of the oldest grain cereals in Estonia was barley
Barley was the mundane and the ordinary food and belonged on the table for common people. The oldest data of barley growing in Estonia dates back to the beginning of the first millennium BC.

If Barley Cream seems to you too exotic, cook Semolina Cream. look at for recipe

END_OF_DOCUMENT_TOKEN_TO_BE_REPLACED

One of the oldest grain cereals in Estonia was barley.

Barley was the mundane and the ordinary food and belonged on the table for common people. The oldest data of barley growing in Estonia dates back to the beginning of the first millennium BC.

And we still love barley. Karask is a famous dish in Estonian ethnic cuisine. But add some apples, and you get very delicious, simple and juicy cake.

END_OF_DOCUMENT_TOKEN_TO_BE_REPLACED

Estonians are the singing nation. We regained independence without any bloodshed only by singing…

The Singing Revolution lasted over 4 years and In 1990 Estonians promised to eat even potato peelings in name of independent state.

In order to handle the deficit, in 1990 the government  established a rationing system. This meant that for buying a product in a shop one had to produce not just a bank-note – the rouble – but also a special coupon. The coupon was actually a simple piece of paper cut out from a printed A4 sheet. These coupons were distributed to households according to the number of family members.
1991, 20th of august we got freedom and independent state. Few months later were stores full of different goods and food.  Would be only money for that 🙂

But, we still like potato skins, because of delicious taste 🙂

Lüübnitsa is the small village in Setomaa. South eastern Estonia, near the Pihkva lake. Lüübnitsa has become very famous for her onion and fish fair. If you visit Estonia during summer time, you are welcome 🙂

Setos (Seto: setokõsõq, setoq, Estonian: setud) are an indigenous ethnic and linguistic minority in south-eastern Estonia and north-western Russia. Setos are mostly Seto-speaking Orthodox Christians of Estonian nationality. The Seto language (like Finnish and Estonian) belongs to the Finnic group of the Uralic languages. The Setos seek greater recognition, rather than having their language considered a dialect of Estonian. Along with Orthodox Christianity, vernacular traditional folk religion is widely practiced and supported by Setos.
read more about Setos 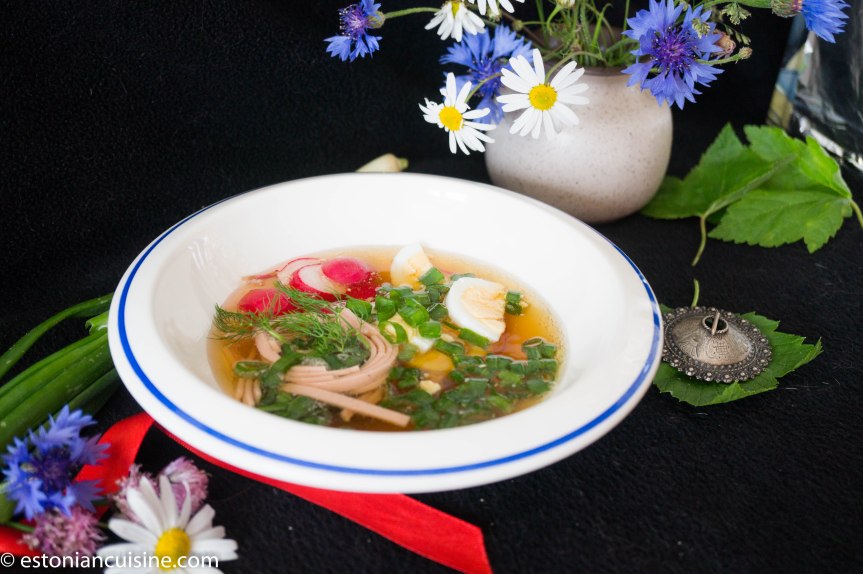 END_OF_DOCUMENT_TOKEN_TO_BE_REPLACED

all ingenious is simple and all simple is ingenious.

Last year I introduced to you Pletskid- Estonian flat bread from very difficult and poor time. When people had just few potatoes and little bit oil.
Vatskid are from South Estonia, as well, but little bit more advanced version. From times when people had at least some buttermilk 🙂

Vatskid was baked on oven on the cabbage leaf. Believe, the most complicated in this recipe is to remove leaves from cabbage  🙂 Cabbage leaf helps keep moisture.

But, of course you can bake them on the ordinary way in hot skillet (without oil) or in the oven.

END_OF_DOCUMENT_TOKEN_TO_BE_REPLACED 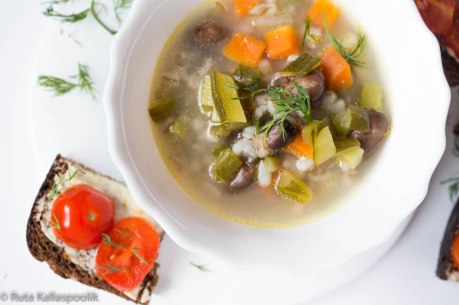 Barley has been cultivated in Estonia longer than any other crops – for over 4,000 years. And pearl barley has been a staple food for Estonians through the ages; it has even been a food fit for celebrations. In the olden days, the tradition in Estonian villages was to make sauerkraut soup with pork and barley groats on Thursdays and Sundays.

You can cook this soup on the traditional way: swell beans and barley overnight. Prepare beautiful and delicious broth, and cook up to 2 hours.

But I recommend the easier and faster ”everyday version”:

This soup has enough flavours, so you can cook this without meat. If needed add some meat leftovers or strengthen flavour with ready broth.
And Use prepared/canned beans and barley groats.

END_OF_DOCUMENT_TOKEN_TO_BE_REPLACED

This is a recipe, which outcome you can choose by yourself.

Easy to make Barley Groats and Quark pancakes or fritters, which can be served either as a side dish for a savoury meal or as a delicious dessert.

My recipe is a savoury dish. But adding some sugar, you get sweet dessert.

Wonderful dish and idea to use boiled barley leftovers.