Waiting for a white ship is something Estonian. This is a concept and myth about freedom.

The concept dates from 1861 when several hundred followers of the religious prophet Juhan Leinberg (the so-called prophet Maltsvet), mostly peasants, waited for a few weeks near Tallinn for a white ship to take them away to a more prosperous and free country. The concept soon spread widely because it was used in literature.

After the Soviet regime was restored in Estonia in 1944, the concept quickly acquired a specific meaning – the white ship stood for the end of Soviet power, either by means of the intervention by Western countries or by diplomatic pressure. Waiting for the white ship was a popular concept especially in the post-war decade, and the ruling regime had to work strenuously against it.

When outside is winter, without snow and cold.  Concept about waiting for liberty and changes is still actual. Please, spring, come as soon as you can!

24 February is the national day of Estonia, marking its declaration of freedom in 1918. Celebrate with us !

END_OF_DOCUMENT_TOKEN_TO_BE_REPLACED 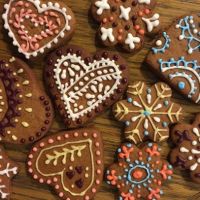